Battle of the Warehouses: Football Fundraising

To celebrate the UEFA final and raise money for our Community Partner Simon on the Streets, our Wortley site held a football penalty shootout and keepie uppie competition. It all got very competitive, and before anyone knew it, the battle of the warehouses had commenced! 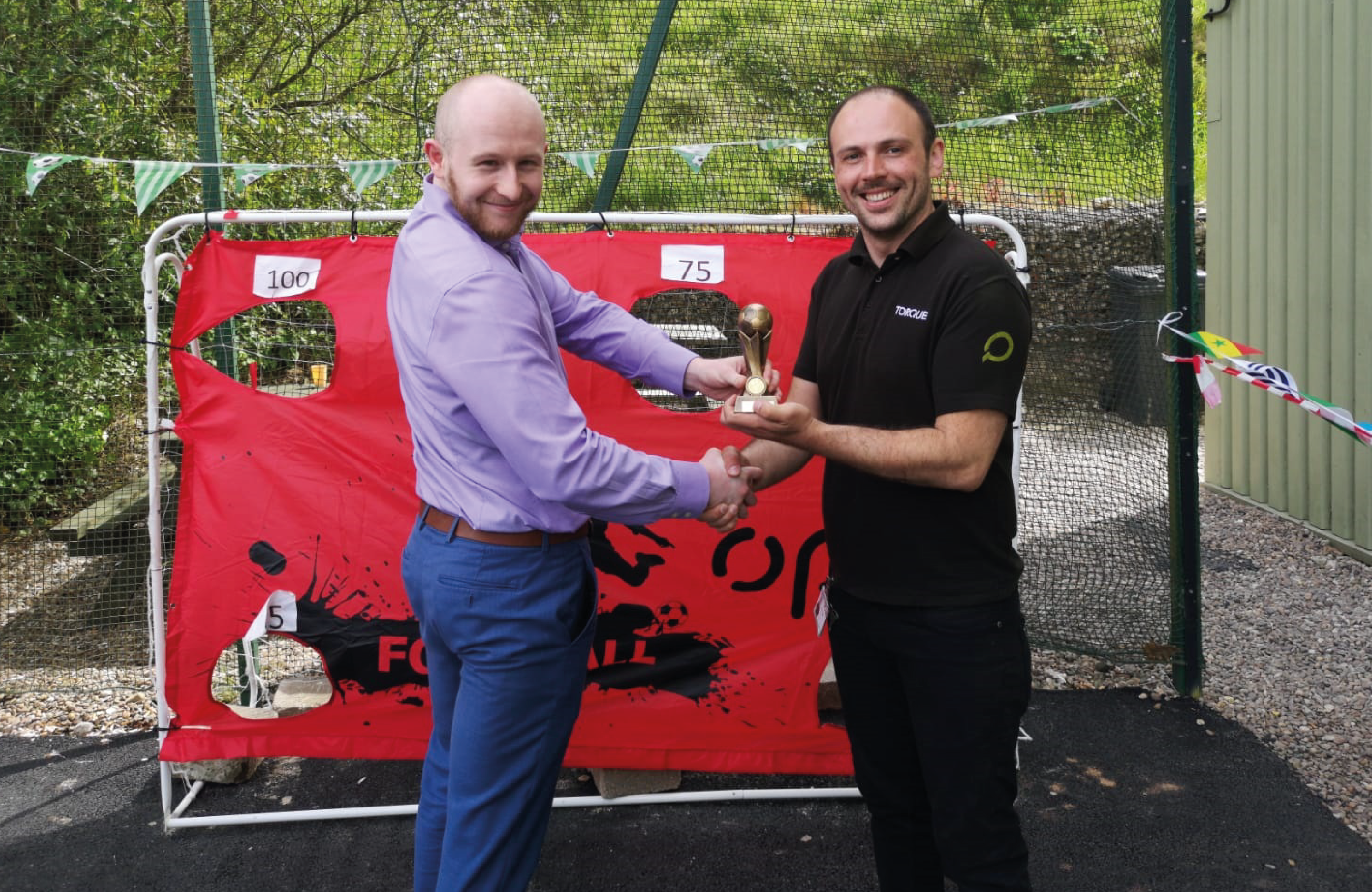 Two warehouses do battle, which will reign football supreme?

On Thursday 30th May our Wortley site held their monthly fundraiser for our Community Partner, Simon on the Streets. As usual the Yorkshire weather was wet and gloomy, but nothing was going to dampen our colleagues’ spirits as they turned up to test their football skills against each other.

The games were open from 9am – 3pm and with the banter being swapped between players at the off, we knew the bar was going to be set high. It became a battle of the warehouses early on, with competitors from WO6 and WO1 fighting it out for the top player spot – Piotr Wydurski from W01 started strong scoring a whopping 150 off his 1st 4 shots in the penalty shootout. Refusing to be beaten W06 responded with Krzysztof Ornatek also hammering home 150 points to draw with Piotr for 1st place.

In addition to a penalty shootout we also held a keepie uppie competition. Up first was Alexandr Caraman who set a standard with 50 on his first attempt.

The news of Jon’s success, removing Piotr from the leader board obviously didn’t sit well with W01 so they decided to send out their own heavy hitter, in the form of Senior Warehouse Manager, John Miller.

In a bid to intimidate his opposition and with the head office windows lined with expectant on lookers, John Miller casually removed his shoes, straightened his Hi-Viz and sent his first 3 shots straight into the 100 with his 4th going wide, he had however done enough to tie for the number 1 spot.

Back over at the keepie uppies area, Sean Spencer from our Finance department managed to pip James, at the time the keepie upper leader, by 1 point sending him to the top of the leader board with a new top score of 61.

With the 3pm deadline fast approaching, Alexandr from WO1 returned to challenge the top spot managing an impressive 80 KUs however Imports’, James Wardle who upon hearing his record had been beaten returned in the final minutes, bringing home the glory for Imports and WO6 with an amazing 96 KUs, winning him the Keepie Uppie King title.

With the winner announced on the KUs all eyes were on the shootout and goal scorers, John Miller and Jon Young who were tied on the top spot. What better way to find a winner than a shootout challenge…

The crowds gathered to witness the clash of the warehouses, WO6’s Jon Young waited patiently for his opposition to arrive. As the time slipped away the tension mounted and with all eyes on the hill, W01’s John Miller finally began is approach, like a shootout from an old western, people peered from windows and crowds parted as John reached the score line.

We flipped a coin and it was John Miller who was to shoot first, with his shoes removed and the crowd silent he took his 1st shot, the ball bounced from the bar. John’s 2nd shot glanced from the cover along with his 3rd he then lined up his last shot which, unfortunately for WO1, found nothing but air.

All eyes were on W06’s Jon Young, the question was, could he withstand the pressure and capture glory? As Jon paced out his strike, it appeared as if time stopped, the shot was perfect and found its home in the back of the net. A roar went up as the amazed crowd surged up in triumph hailing their champion!

Jon Young had cast aside the pressure to cement his spot as the #1 top goal scorer of 2019.

The W06 Ambassadors would like to congratulate the day’s winners and thank everyone for participating and raising a fantastic £58.70 for our community partner.