Welcome to the latest Employee Focus feature, which gives you a behind-the-scenes glimpse into the life and work of one of the Torque team.

We have over 1200 employees and every single one of them has a story to tell. This month it’s the turn of Steve Foster, who works as our Courier Manager.

We hope you enjoy this insight into Steve and his job. If you’re interested in a career at Torque, visit our careers page and let us know. There is a huge range of roles across our business and one of them might be right for you.

Steve has enjoyed a long stint at Torque, in a variety of roles. His current position as Courier Manager sees him handling relationships with suppliers and customers.

Read on to find out more about what makes Steve tick, and what he finds most rewarding about his job with Torque. 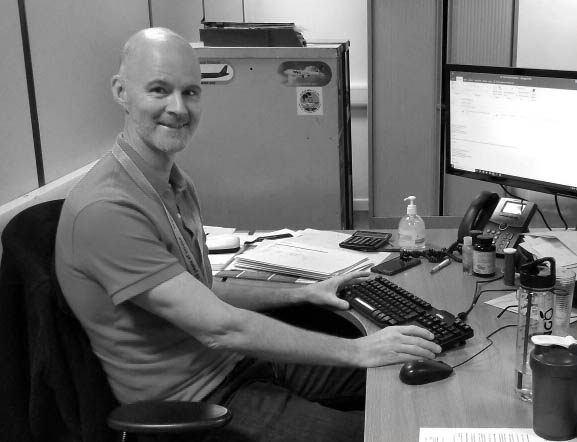 What is your role, and can you tell us a little about it?

My role is to manage the relationship between Torque and all the courier companies we use such as Hermes, DPD, DHL etc. as well as the courier relationship with customers using our accounts.

How long have you worked for Torque?

Coming up to 16 years

What do you love most about your job?

Autonomy is something I have really appreciated during my career at Torque.  Having the freedom and trust to try new ways of working and exploring different options to improve efficiencies and service is rewarding.

How did you progress into your current role?

I joined Torque as a Warehouse Manager looking after large Ecom and Retail customers. I progressed from this role to Contract Management, then on to Site Management.  An opportunity arose to move into a Commercial role which centred around cost control and then finally into my current Courier Manager role.

What invaluable thing have you learnt in your role?

When things go wrong it’s not about whose fault it is. What’s more important is we learn from it and put things in place so we don’t make the same mistake twice.

What one piece of advice you would give someone who is interested in a similar job?

I think it’s really important to empower people to make their own decisions.  For development and confidence if someone makes a decision themselves, they have a vested interest in ensuring whatever the task was is a success.  People tend to go the extra mile if they feel responsible.

Can you tell us the funniest or most interesting thing to happen to you at work?

When I was the Site Manager at Bradford 2 I was fortunate to have a great, forward thinking team.  Working together – and with the support of the IT team – we were able to push through some (at the time) innovative new ways of working that helped us keep pace with customers’ ever increasing volumes and complexity.  We were getting to the stage where automation was required for the next step change.  I started to look at the concept of a sorter, met with a few suppliers and did the maths.  The logic and maths were subject to much debate as you would expect with a £1m investment.  I was finally given the green light and off to Holland I went, to meet the suppliers and see some sorters in action.  To be trusted with such a huge investment and to see the project through from idea all the way to go-live and beyond was very rewarding.

How do you think Torque go the extra mile for their customers?

I think it’s our flexibility that customers really like and our ability to give customers large or small a solution that works for them.  Our approach definitely isn’t one size fits all

When I was younger in my early 20’s, I trained in the martial art Wing Chug (similar to Kung Fu) made famous by Bruce Lee.  It turns out my instructor was taught by the son of the instructor who actually taught Bruce Lee himself!

If you could invite 3 people (alive or dead) to a dinner party you were hosting, who would they be, and why would you invite them?

As a huge fan of Top Gear, the stories these three must have would be fascinating.